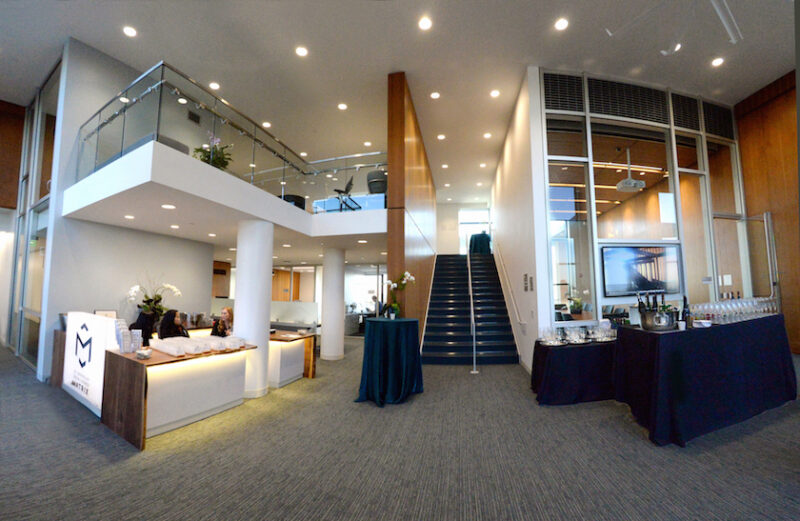 Social Science Matrix is honored to welcome our inaugural group of Matrix Dissertation Fellows. These five Ph.D. candidates—Robert Connell, Joshua Kalla, Zachary Levenson, Fuifuilupe Niumeitolu, and Jennifer Smith—were chosen from nominations submitted by social science departments in Barrows Hall. Fellows receive up to $1000 in research funds and a work space in the Matrix office, where they will work alongside other fellows and staff members, Matrix-affiliated faculty, and visiting scholars, while having opportunities to participate in a wide range of Social Science Matrix-sponsored activities.

The five fellows’ dissertations include an examination of how “Maroon” communities in Jamaica and Suriname are working to retain sovereignty in the face of economic and political pressure; an analysis of urban resettlement policies in post-Apartheid South Africa; an inquiry into how religious institutions influence political opinion and activity in the United States; an exploration of evolving narratives and identities among people from the archipelago-nation of Tonga; and an analysis of how the concepts of “native” and “nature” inform land-claims settlements in Alaska and other regions. Following are more detailed summaries of the research of the 2016-2017 Matrix Dissertation Fellows. 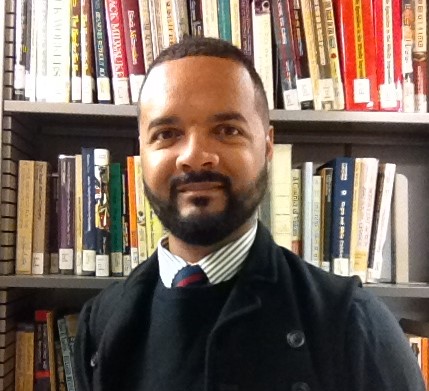 “Maroon communities” were established by escaped slaves in Latin America, the Caribbean, and the United States. Although a ubiquitous form of resistance, only a few of these communities were able to survive against the odds and successfully establish autonomous governance structures within the borders of sovereign states.

Yet in Jamaica and Suriname, the hard-fought autonomy of Maroon societies has been put to the test in recent decades, as these communities have come under pressure to allow global mining companies to mine bauxite, a mineral used for the production of aluminum.

Robert Connell’s dissertation, “The Political Ecology of Maroon Sovereignty: Bauxite Mining and Political Change in 21st Century Jamaica and Suriname,” investigates how the governance structures, political alliances, and developmental aspirations of Maroon communities have transformed over the last 50 years, particularly as they have battled with the state over land rights—and have had to manage the dire ecological risks presented by extractive industries.

Connell’s research stands as the first systematic comparison of these two Maroon societies in the contemporary period and, given the relative dearth of research on the development of Maroon polities in the post-abolition period, his dissertation fills a major gap in the literature, while also contributing unique knowledge to African diaspora studies. His work tackles a wide range of important issues, including environmental politics and philosophy, ethnic multiplicity in the African diaspora, minority rights, threats to peace and security, socio-economic development in periphery countries, the politics of autonomy, and the fracturing of national unity in the Caribbean.

“For David Harvey, ‘new knowledge arises out of taking radically different conceptual blocs, rubbing them together, and making revolutionary fire’,” Connell says. “I believe this maxim captures succinctly the vast potential of interdisciplinary scholarship for advanced knowledge production. As such, Social Science Matrix stands as a vital addition to UC Berkeley’s intellectual community and I am pleased to be a part of this dynamic institution.” 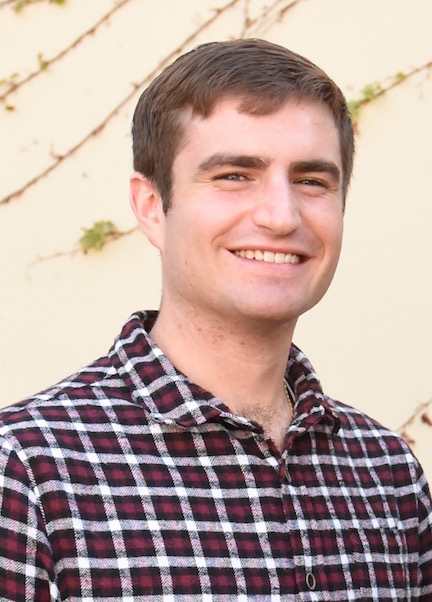 A Ph.D. candidate in the Charles and Louise Travers Department of Political Science, Josh Kalla studies American political behavior. His research focuses primarily on the use of randomized field experiments—conducted in cooperation with politicians, campaigns, and NGOs—to study the causal effect of interactions between citizens, politicians, and campaigns on voter engagement, political participation, and opinion change.

His research has been published in Science and the American Journal of Political Science and has been covered by the New York Times, This American Life, and other outlets.

Kalla made headlines when he and his colleague, David Broockman, Assistant Professor in the Stanford Graduate School of Business, exposed that fraudulent data had been used in a study showing that gay canvassers who shared their stories with straight voters could convince them to support marriage equality. (Ironically, Kalla and Broockman have since published new research showing that a single 10-minute conversation can help reduce anti-transgender prejudice for at least three months.)

“Being a Matrix Fellow is incredibly useful to my research,” Kalla says. “Matrix has provided a beautiful space and a supportive community to think, research, and write.” 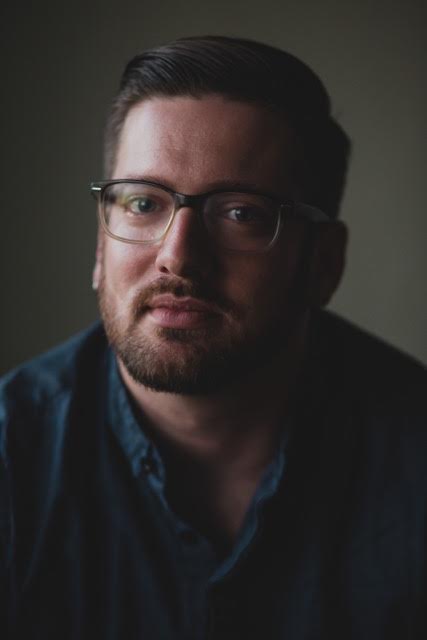 A Ph.D. candidate in the UC Berkeley Department of Sociology, Zachary Levenson spent 15 months living in Mitchell’s Plain, the second largest township in Cape Town, South Africa, to research his dissertation, “The Post-Apartheid State: The Politics of Housing in South Africa.” He examines how South Africa responded to the unprecedented proliferation of informal housing following democratization.

Since 1994, the South African state has delivered more free, single-family homes than any other democracy in modern history, he says, yet during the same two decades, the number of informal settlements has grown more than nine-fold. The nation’s expanding welfare state failed to keep pace with the rate of post-apartheid urbanization. As demand overwhelmed supply, inadequately housed residents organized mass land occupations as a means of hailing the post-apartheid state.

In some cases, residents of these informal settlements were evicted; in others, they were not. Through a careful study of eviction targeting—based on observation, interviews, and research on three mass land occupations—Levenson demonstrates how residents’ own political organizations shaped the outcome of municipal urban policies.

“Whereas previous scholarship takes ‘communities’ that receive state-provisioned housing as ready-to-hand, I argue that it is precisely this status as a community that is variable,” he writes. “In cases where residents organize a coherent, legible representative organization prior to approaching the local state, their land occupations achieve the right to stay put; but in cases where they approach the state before consolidating a single representative body, eviction is the most likely outcome.”

In bringing the insights of political sociology to bear upon urban studies, Levenson breaks with the prevailing explanation that evictions are most likely in sites planned for development and are driven solely by the profit motive. Instead, he finds that the most visible and centrally located land occupation secured official toleration from the municipality. By contrast, the two land occupations that were evicted failed to consolidate any coherent representative body. Instead, faction leaders approached outside organizations (the local state, NGOs, and political parties), facilitating the division of the settlement.

These findings challenge our prevailing understandings of how local states work and how welfare states operate. Above all, they demonstrate that poor residents are just like anyone else: they may be organized in communities or as populations, or they may live as atomized individuals. Levenson’s research challenges the tendency, both colloquial and academic, to refer to “poor communities” in South Africa, in the US, and in the world.

“Being a Dissertation Fellow at the Social Science Matrix provides an interdisciplinary window into the social sciences, allowing me to write in constant conversation with colleagues from related but separate fields,” Levenson says. “It provides an encouraging atmosphere for writing regularly, and allows me to remain in dialogue with colleagues from across the social sciences and humanities.” 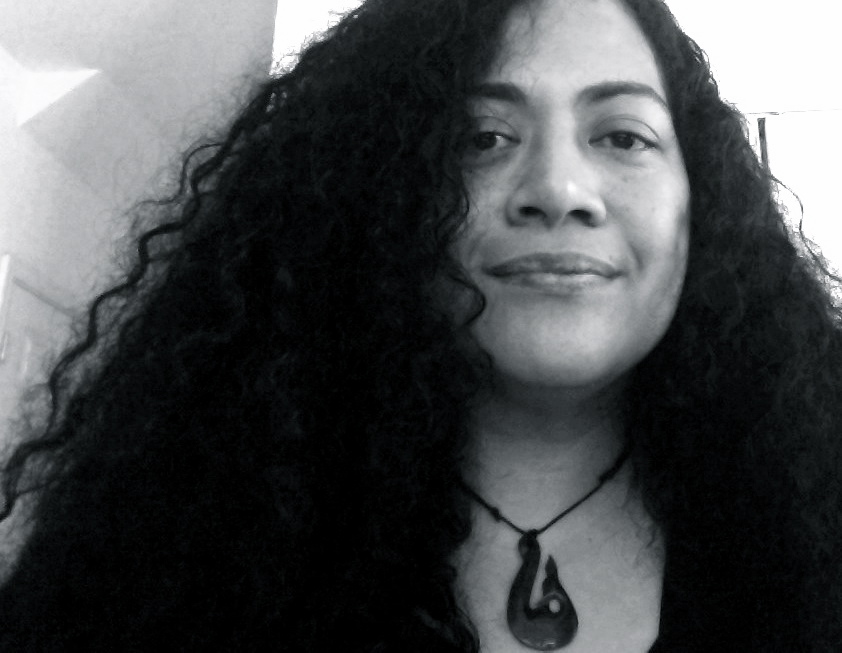 For her dissertation, Fuifuilupe Niumeitolu, a Ph.D. candidate in the Department of Ethnic Studies, is drawing upon a variety of sources to “unravel some of the definitive and colonial narratives that have historically defined Tonganness,” she explains, “by tracing the contemporary legacies of these narratives on the bodies of Tongan people, Fonua/land and Moana/ocean—and most significantly, on Tongan psyche and spirituality. I begin by looking at the narratives of my family and I begin by opening up the wound.”

A native of Tonga, an archipelago in the Polynesian region of the Pacific, Niumeitolu researches how the concept of “Tonganness” has been “produced through colonial institutions of race, gender, sexualities, and global economic exigencies.” Specifically, she examines how modern Tongan identity has been shaped by the colonial processes that began with “the desecration of the Sacred, including the criminalization and ‘othering’ of indigenous Tongan cosmologies; the loss of Tongan women’s mana/power that transpires through the implementation of new legal and cultural laws legislating violence as a methodology for producing the boundaries of ‘Tongan domesticity’; and lastly, the subsequent legitimation of discourses of violence against Tongan women and/or desecration of the ‘feminine’ that also includes Fonua/land and Moana/ocean.”

Her dissertation draws upon a range of narratives, including that of the Tongan female God, Hikule’o, whose “mana is appropriated and silenced by Western religions and the new Tongan elite to satisfy contemporary colonial discourses of ‘Tongan domesticity’ constituted through the new rules of race, gender, and sexualities.” She also examines popular national narratives of Tonga’s beloved King Taufa’ahau Tupou 1, who ruled Tonga during the 19th century, and she traces the political legacy of Captain James Cook’s historical naming of Tonga as “The Friendly Islands” in the 18th century.

At the same time, Niumeitolu’s project integrates the narratives of her own family, including her father’s experiences in an Australian Boarding School at six years old—and the tumultuous legacies of this history that led him on a path of addictions, alcoholism, and violence, as well as how that shaped her childhood in Tonga and in the U.S. Niumeitolu also explores the narratives of Tongan women in the San Francisco Bay Area, home to the largest Tongan population outside of Tonga, and their collaboration with Ohlone, indigenous peoples of the Bay Area, to remember and honor Ohlone sacred ancestors. “This work includes the protection of Ohlone sacred sites against contemporary development and desecration,” Niumeitolu explains. She describes this collaboration with the Ohlone as “a journey of political solidarity and ceremony, central for our Tongan paths towards healing and decolonization.”

Ultimately, Niumeitolu seeks to peel back some of the “layers of historical trauma and the irreparable and innumerable losses that are the legacy of Western colonialisms in Tonga from the 18th century to contemporary 21st century life here in the U.S. diaspora”. Moreover, she “intends to center and give voice to indigenous Tongan cosmologies, methodologies and epistemologies that are at the center of our Tongan survival and resistance.”

“I’m very grateful to Matrix for including me in this very prestigious program, and I want to sincerely thank them for respecting and taking my work on Tongan communities and Pacific Islander Studies seriously,” Niumeitolu says. “Often in U.S. academia, Tongan Studies and Pacific Islander Studies are marginalized, but the staff and faculty at Matrix have welcomed me and my work. I am touched and grateful for this support, because it is hard to find.” 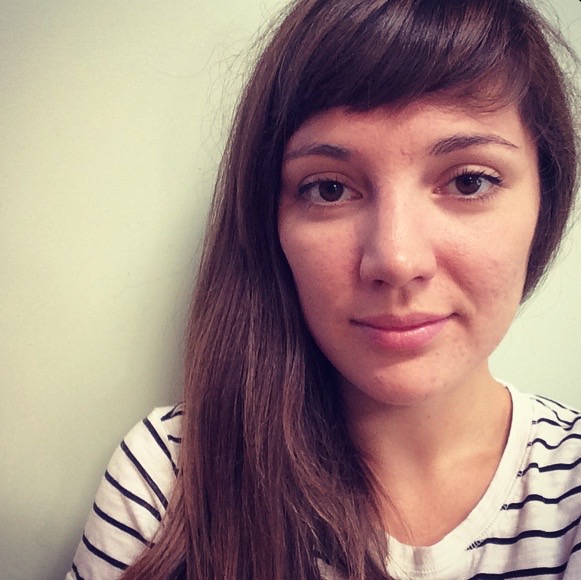 Jennifer Smith is a Ph.D. student in Comparative Ethnic Studies. In her dissertation work, she investigates the co-constitution of “nature” and “native”, and how these categories and their genealogies inform land-claims settlements, particularly in Northern spaces.

As an interdisciplinary scholar, her work is at the intersections of critical geography, law, literature, and Native American Studies. Jen’s work considers how indigenous communities of Alaska practice multiple self-determinations when intersected by a triad of settler technologies: a national desire for fossil fuels, an environmental desire to experience the “last frontier”, as well as a burgeoning global understanding of Arctic land and indigenous Arctic peoples as litmus test for climate change.

Jen completed her undergraduate degree in English with an emphasis in Literature and the Environment at the University of Alaska Southeast, and she received her master’s degree in Comparative Ethnic Studies from UC Berkeley. She is a recipient of the UC Berkeley Chancellor’s Fellowship, an awardee of the Ford Foundation Predoctoral Fellowship, and a Graduate Fellow with the Joseph A. Myers Center for Research on Native American Issues and Institute for the Study of Societal Issues.

“It is a privilege to be included in the vibrant community of scholars and thinkers that the Social Science Matrix fosters and supports,” Smith says.

For more information about the Matrix Dissertation Fellows program and other funding opportunities, as well as upcoming events and news, please subscribe to the Matrix newsletter through the form at the bottom of our home page.