Your neighborhood songbird may have a story to tell about your evolutionary past.

The link between human beings and our primate relatives, such as chimpanzees and bonobos, has been noted for decades. Less well known, however, is the relationship between humans and songbirds, particularly at the level of language. 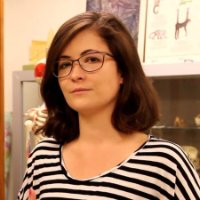 “The best analogy to human language that one can find is birdsong,” says Madza Farias-Virgens, a doctoral student in UC Berkeley’s Department of Anthropology, citing a comparison that researchers have been making since the publication of Darwin’s The Descent of Man.

This similarity has justified a new collaborative work in the Brain Evolution Laboratory at UC Berkeley, conducted under the auspices of Farias-Virgens and Dr. Terrence Deacon, in collaboration with faculty of RIKEN Brain Science Institute, UC San Francisco, UC Merced, and UCLA.

A native of Brazil, Farias-Virgens is a relative newcomer to the study of anthropology. In fact, it was not until her arrival at Berkeley to begin her doctoral studies that she even ventured outside of the biological sciences, her original field of study. “I always wanted to do evolutionary studies; it was always on my mind,” she says. “I was interested in studying…the evolution of the theory of mind.”

This interest led Farias-Virgens to her current project: examining how songbirds can relay clues about the evolution of human language. Researchers who are interested in human evolution, especially those who study behavioral and cognitive development, have proposed a concept termed the “self-domestication hypothesis” to explain much of what distinguishes modern humans from our primate and Neanderthal ancestors.

This hypothesis argues that, through many millennia, humans came to control their environment; consequently, more complex behaviors such as language, but also altruism, labor division, and even agricultural development, took hold in our species.

Crucially, the hypothesis states that traits that were at first intended for survival—for example, emotional responses and skills to help protect against predation and assist with food-gathering—eventually became mechanisms that could help adapt to social living. Through this process of “self-domestication,” humans were able to redeploy their innate skills and features via socialization, something we take for granted today.

Unsurprisingly, the evolutionary process of self-domestication is not unique to humans. In fact, it is upon comparison of domesticated and wild animal species that many of the current debates surrounding the hypothesis are based.

Alone in our Communication

While many species, such as songbirds and chimpanzees, have acquired auditory perception and other elements of vocal behavior, Farias-Virgens outlines why our communicative systems are still unique: “Even when you teach chimpanzees some type of communication system, they are really constrained in terms of which kind of complex syntax they can grab,” she explains. “There’s really debate about if they’re really doing syntax, if they have an order preference.”

Comparative research into the evolution of language requires animals that are vocal learners, or those that can produce sounds in a vocal organ, but birds are not the only species that fit the bill. Consider humpback whales, for example, or even elephants. Farias-Virgens spells out why these animals are less than ideal for research, however. “They are huge animals, but birds, they are small, so you can extract the brain,” she explains.

Other primates, such as the well-known chimpanzee, are also good candidates, but as Farias-Virgens notes, many of these species are protected. Researchers must await the animals’ natural passing before neurological research can begin, rendering them unpredictable test subjects for most projects.

But there are even stronger arguments in favor of using birds to study the evolution of human language. People have been working on birdsong and brains for a while now, so we have a solid understanding of how it works. This proves to be an advantage over semi-vocalizing animals, such as mice, since we know far less about the rodents’ brain activities. Furthermore, the similarities between birdsong and human language communication are irrefutable, even extending to functional organization of the brain.

A Novel Approach to Studying the Self-Domestication Hypothesis

Creative methods are necessary for addressing Farias-Virgens’ core research questions because, unlike many other biological processes, language, cognition, and behavior do not leave traces. “While most of my colleagues, biological anthropologists can get a hold of bones and do things, language and any behavior doesn’t fossilize,” Farias-Virgens explains.

In the end, the best approaches to the evolution of language came from a comparison of two seemingly unrelated species of songbirds: the white-backed munia and the Bengalese finch. The link between the two species was first officially reported in the avicultural community by Taka-Tsukasa in 1917 and has provided crucial insight into how the domestication of a species can predict language complexity.

While the white-backed munia was, and remains, a species found in the wild, the Bengalese finch was domesticated in Japan in the 19th century. Today these birds can be distinguished by their coloring, but most notably by the domesticated Bengalese finch’s more elaborate, flexible birdsongs.

According to Farias-Virgens, all birdsong has a “phonological syntax”, meaning the birds have an explicit order of sounds that they must follow in the songs. Yet the syntax of the domesticated species is far more complex than that of its wild counterpart. Since the Bengalese finch descends from the white-backed munia, researchers can hypothesize with some confidence that any observed difference between the two variants of the species is due to domestication. As with humans who self-domesticated over many thousands of years, researchers predict that it was the domestication of the Bengalese finch that permitted the rise of more complex songs.

“Birdsong has what they call holistic meaning, so it’s about the state of the bird,” begins Farias-Virgens. For example, a female bird chooses a mate on the basis of the complexity of his song as this is indicative of his overall health. A more elaborate song is also correlated with body size of the bird.

How could a more flexible birdsong indicate the overall health of a bird? For one simple reason says Farias-Virgens: song is costly. The story plays out like this: in the wild, the white-backed munias have to cope with selective pressures such as foraging or predation. “This compromises the amount of energy that a bird can devote to singing,” explains Farias-Virgens.

Once domesticated, the Bengalese finch experienced a relaxation in selective pressures. In short, the bird had few concerns aside from mating, since food and protection were provided. This permitted a more complex song to arise in the domesticated species.

To determine the genetic underpinnings of these song differences, Farias-Virgens extracts the entire genome of a large sample of each bird type. Then, the active genes in the two variants of the species are compared to identify the effects of domestication, as well as which genes control each bird’s song. The research team is hopeful that they can apply their findings to human language evolution as well.

The goal of the research, explains Farias-Virgens and her colleague, Jessi Sosnovskaya, an undergraduate majoring in anthropology, on their fundraising website, is to use a new approach called “Exon-capture,” coupled with DNA next-generation sequencing technologies, and “generate a massive database of genetic information that can teach us about how the Bengalese finch song evolved. If our hypothesis is right, this would indicate that relaxation of selective pressures over vocal behavior could have led us to evolve language.”

To read more about Farias-Virgens’ research, see this article from Berkeley Science Review. You can also see a video about the project on this page on Experiment.com. 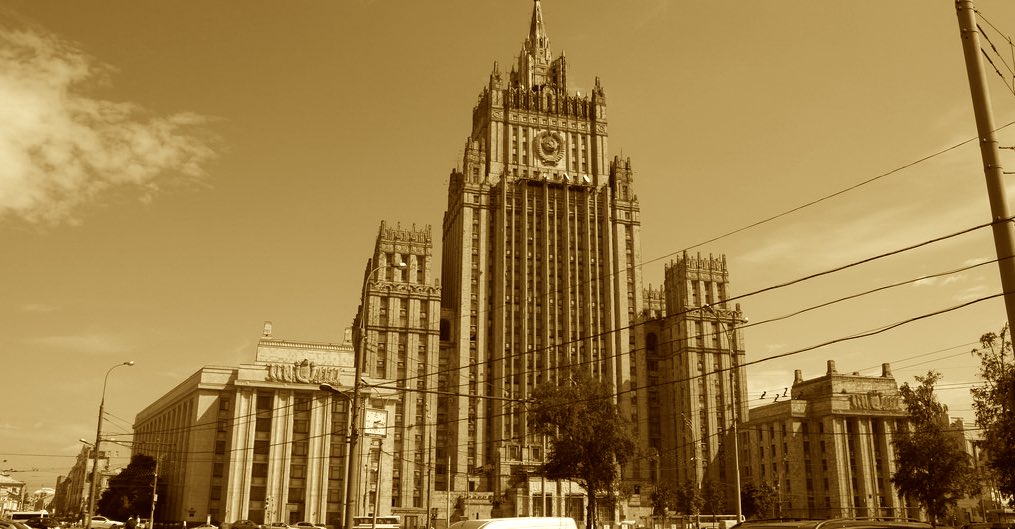 In her dissertation, Katherine Zubovich, a Ph.D. candidate in Russian and Soviet History at UC Berkeley, examines the history of a 1950s skyscraper project in Moscow.

END_OF_DOCUMENT_TOKEN_TO_BE_REPLACED 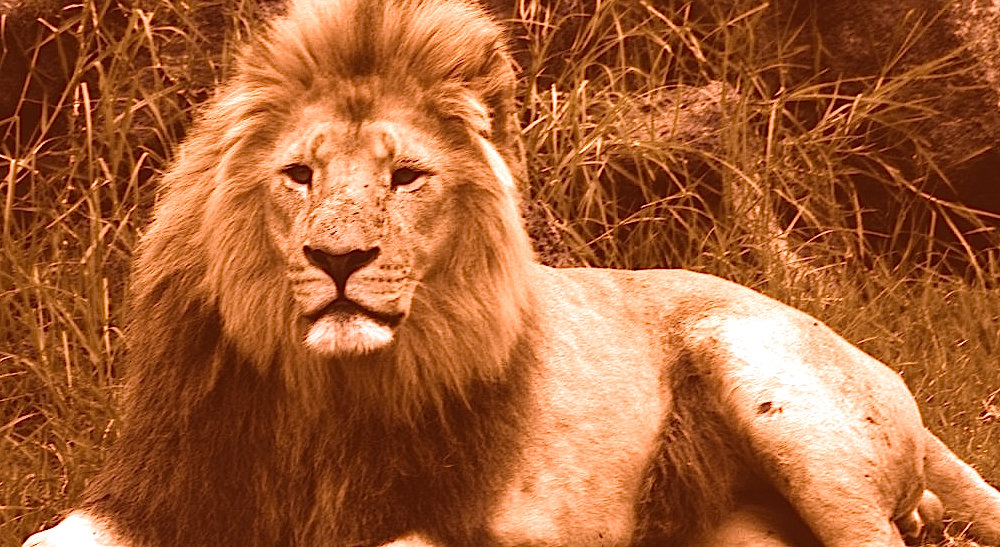 END_OF_DOCUMENT_TOKEN_TO_BE_REPLACED

An innovative collaboration by UC Berkeley graduate students explores the interplay between art and politics, with a focus on practitioners in New Delhi and São Paulo.