On November 15, Social Science Matrix was honored to welcome Alondra Nelson, President of the Social Science Research Council (SSRC) and Professor of Sociology at Columbia University, for a lecture entitled “The New Research Compact: Social Science Partnerships for the Common Good.”

Presented as the UC Berkeley Social Science Matrix Distinguished Lecture, Nelson’s talk provided an overview of findings from a recent SSRC report—To Secure Knowledge: Social Science Partnerships for the Common Good—that was released in September and assessed the myriad challenges and threats facing social science research, while also exploring opportunities for improved partnerships among academic, government, philanthropic, and private institutions. “We have issued a call to forge a new research compact to harness the potential of the social sciences for improving human lives,” Nelson wrote in the abstract. “With the right realignments, the security of social knowledge lies within our reach.”

Nelson, who served previously as inaugural Dean of Social Science at Columbia and Director of the Institute for Research on Women and Gender, described how a task force of leaders from diverse social science institutions—including past leaders of the SSRC—began meeting in April 2017 in response to emerging challenges to social research, including growing skepticism about scientific data. “[The report] is the outcome of the work of the task force, but it also represents the input of a wider social research community,” Nelson explained.

Two key questions guided the task force’s work, Nelson said. The first focused on what steps should be taken in a dramatically new environment for social science, “a new environment that might be suggested by new technologies, new institutional ecologies, as well as new public relationship to social science,” Nelson explained. “There are new public expectations about what we do and, at the same time, what our work should do. One feels those expectations most acutely at an elite institution like Berkeley, where there’s an expectation that there should be something explicitly for the public in the work we do. And there’s rising skepticism in a ‘post-truth’ era about what we do as well.”

The other set of questions, Nelson said, relate to the “the current institutional alignment of organizations for social research, and what is the ideal alignment… for academic social researchers, understanding that we no longer solely own the space of social science? It’s shifting, and those things might be misaligned.”

In the report, the task force identified a variety of threats facing social research, including flat and dwindling funding for social research, public mistrust in institutions, the politicization and misuse of social knowledge (she pointed to the example of the 2020 census), and public doubt in the power of evidence to help arbitrate disagreements and guide policy. “I don’t know what we’re going to do about that,” she admitted. “It’s both an empirical issue that social scientists can and should be working on, but it’s also an issue of values. There are all sorts of things floating around here that we need to think about.”

The task force also examined the “liminal space” of social research, as social scientists working in the private sector—as in the Cambridge Analytica controversy—fall outside the norms of social science in the academic context. “Because [the Cambridge Analytica researcher] was an academic researcher working in industry, it wasn’t clear whose normative job it was to do something about this,” Nelson said. “In that lacunae, we were left with a conversation about public distrust in academics. We weren’t able to figure out what to say about research norms in that case.”

As another challenge, Nelson cited the “unprecedented and not completely unwarranted demands for greater accountability with regards for research,” particularly in an academic culture that often presses too hard for speedy publication and novel results. “I appreciate that there is growing appreciation for null findings, and that sometimes we’re just accumulating stores of descriptive knowledge, and that’s okay as well,” she said.

Nelson then turned to some of the emerging opportunities for partnerships, and noted there is “a shifting space opening up the opportunity to imagine and forge a new research compact, one in which we [in the U.S.] can no longer rely on the federal government to provide the vast majority of research funding; one in which we need to think about policymakers, private sectors, non profit and advocacy organizations, as well as academically based social scientists, to reimagine and improve a shared mission of the purpose of knowledge and its potential to contribute to the common good.”

Watch the video above (or on YouTube) to hear the entirety of Professor Nelson’s lecture, as well as a follow-up question-and-answer session. 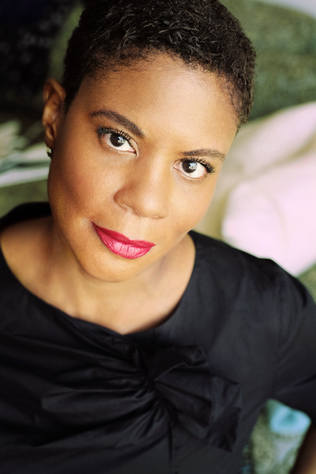 Alondra Nelson is president of the Social Science Research Council. She is also professor of sociology at Columbia University, where she served as the inaugural Dean of Social Science and director of the Institute for Research on Women and Gender.

Nelson began her academic career on the faculty of Yale University and there was recognized with several honors, including the Poorvu Prize for interdisciplinary teaching excellence. An award-winning sociologist, Nelson has published widely acclaimed books and articles exploring the junction of science, technology, medicine, and social inequality. Her recent publications include a symposium in the British Journal of Sociology on the history of slavery, genealogy, and the “GU 272” and articles with collaborators in PLOS: Computational Biology and Genetics in Medicine. She is currently at work on a book about science policy in the Obama administration.

Nelson is author of The Social Life of DNA: Race, Reparations, and Reconciliation after the Genome, which was named a finalist for the 2017 Hurston-Wright Foundation Legacy Award for Best Nonfiction and a Wall Street Journal favorite book of 2016. The Social Life of DNA is now available in an Arabic translation. Her books also include Body and Soul: The Black Panther Party and the Fight against Medical Discrimination, which was recognized with five awards, including the Mirra Komarovsky Award and the C. Wright Mills Award (Finalist), as well as Genetics and the Unsettled Past: The Collision of DNA, Race, and History (with Keith Wailoo and Catherine Lee) and Technicolor: Race, Technology, and Everyday Life (with Thuy Linh Tu). In 2002, Nelson edited “Afrofuturism,” an influential special issue of Social Text, drawing together contributions from scholars and artists who were members of a synonymous online community she established in 1998.

Raised in Southern California, Nelson is a Phi Beta Kappa graduate of the University of California at San Diego. She earned her PhD from New York University in 2003. She lives in New York City.

Getting the Facts on Sexual Violence & Sexual Harassment

Recorded on October 25 at UC Berkeley's Social Science Matrix, this panel discussion focused on the limits of what can be learned about sexual violence and harassment from personal narratives that are shared online, as well as the question of what is missed in survey data related to sexual violence.