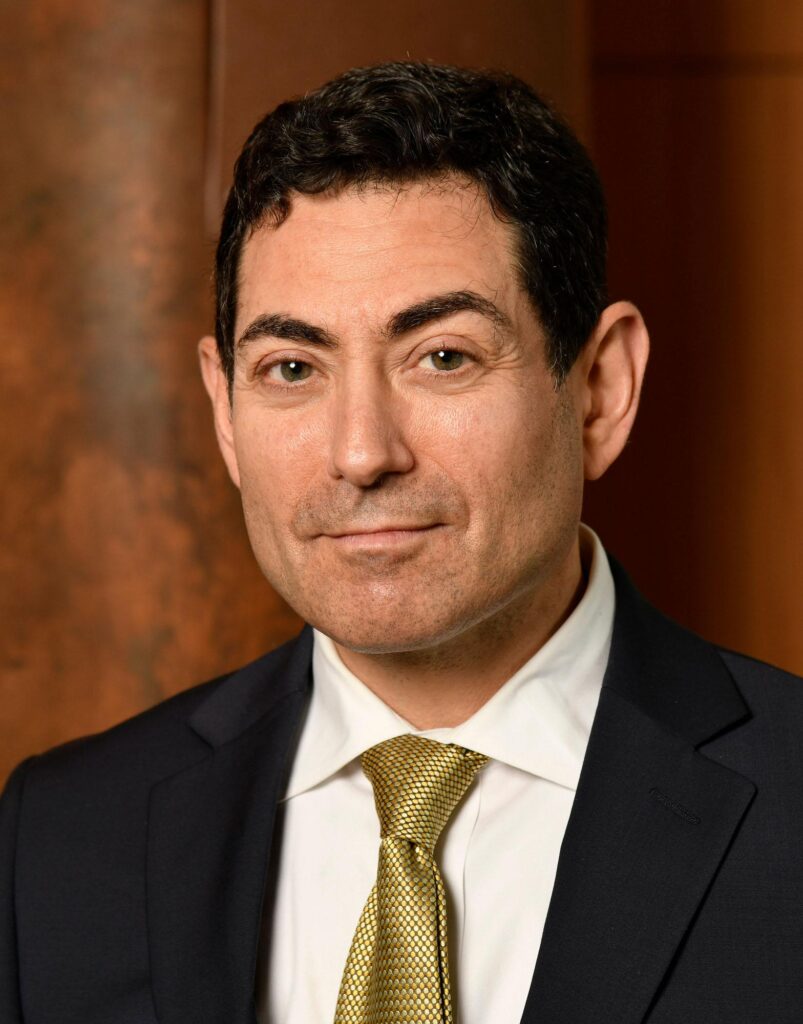 Please join us on Wednesday, February 15 at 4pm for a Matrix Distinguished Lecture by Justice Mariano-Florentino (Tino) Cuéllar, the tenth president of the Carnegie Endowment for International Peace. The topic of the lecture will be “Reimagining Global Integration.”

Whether they live in vast cities or rural villages, people in virtually every corner of the world have experienced enormous growth in cross-border economic, political, and social connections since World War II. This latest chapter in the story of transnational activity has coincided with enormous changes in the well-being of billions of people. As China gained access to global markets and its share of worldwide trade increased eight-fold in a single generation, for example, the percentage of its population living in extreme poverty plunged from 72 percent in 1990 to 14 percent in 2010. Global life expectancy has risen from less than 47 years in 1950 to 71 years in 2021, and the male-female gap in primary and secondary schooling globally has almost disappeared.

But increased cross-border trade, migration, flows of information, and political ties have also engendered an intense backlash to “globalization” and related concepts. Today, at a time of major geopolitical upheaval and technological change, policymakers and the public are vigorously debating the merits of domestic policies suitable for an interconnected world. They are exploring new trade and migration rules, reviving strategies for national industrial and technological development, and reflecting on the lessons of 1990s-style globalization for international law and institutions substantially influenced by the United States. Discussions of “reshoring” supply chains and United States-China economic “decoupling” are just two examples of rising concerns in Washington about cross-border ties.

Yet global cooperation remains vital to solving many of humanity’s most urgent challenges: mitigating and adapting to climate change, harnessing technology for the benefit of humanity while taming its risks, reducing poverty, and preventing violent conflict. By better understanding the long-simmering conflicts over global cooperation and integration, policymakers and civil society can further develop the ideas, institutions, and coalitions necessary to create a stable foundation for a more reflective version of global integration: one that addresses the connections between economic well-being and security, and better aligns domestic realities with international norms to tackle the pressing issues of our time.

A former justice of the Supreme Court of California, Justice Cuéllar served two U.S. presidents at the White House and in federal agencies, and was a faculty member at Stanford University for two decades. Before serving on California’s highest court, Justice Cuéllar was the Stanley Morrison Professor of Law, Professor (by courtesy) of Political Science, and director of the Freeman Spogli Institute for International Studies at Stanford. In this capacity, he oversaw programs on international security, governance and development, global health, cyber policy, migration, and climate change and food security. Previously, he co-directed the Institute’s Center for International Security and Cooperation and led its Honors Program in International Security.

While serving in the Obama White House as the president’s special assistant for justice and regulatory policy, he led the Domestic Policy Council teams responsible for civil and criminal justice reform, public health, immigration, transnational regulatory issues, and supporting the Quadrennial Homeland Security Review. He then co-chaired the U.S. Department of Education’s Equity and Excellence Commission, and was a presidential appointee to the Council of the Administrative Conference of the United States. As a California Supreme Court justice, he oversaw reforms of the California court system’s operations to better meet the needs of millions of limited-English speakers.

A fellow of the American Academy of Arts and Sciences, Cuéllar is the author of Governing Security: The Hidden Origins of American Security Agencies (2013) and has published widely on American institutions, international affairs, and technology’s impact on law and government. Cuéllar co-authored the first ever report on the use of artificial intelligence across federal agencies. He has served on the National Academy of Sciences Committee on Social and Ethical Implications of Computing Research and the American Academy of Arts and Sciences Commission on Accelerating Climate Action.

He chairs the board of the William & Flora Hewlett Foundation and is a member of the Harvard Corporation. He currently serves on the U.S. Department of State’s Foreign Affairs Policy Board. Earlier, he chaired the boards of the Center for Advanced Study in the Behavioral Sciences and the Stanford Institute for Innovation in Developing Economies, and co-chaired the Obama Biden Presidential Transition Task Force on Immigration.

Born in Matamoros, Mexico, he grew up primarily in communities along the U.S.-Mexico border. He graduated from Harvard College and Yale Law School, and received a Ph.D. in political science from Stanford University. He began his career at the U.S. Department of the Treasury and the U.S. Court of Appeals for the Ninth Circuit.


Social Science Matrix is located on the UC Berkeley campus in 820 Social Sciences Building (near the corner of Telegraph Avenue and Barrow Lane). We are most easily reached via the east entrance of the building.