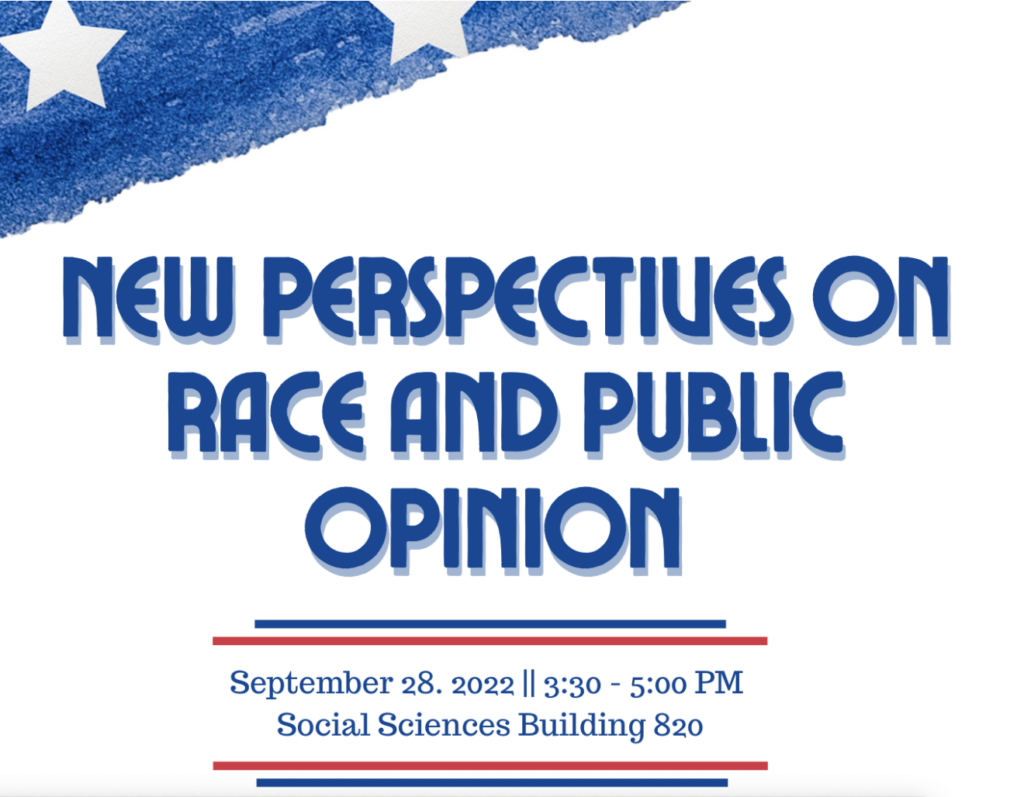 Attitudes about race and ethnicity, and the groups that hold such identities, are central to political behavior and public policy, particularly among survey researchers and scholars of the American political system. Yet in recent years, we have seen presumably new forms of racial bias and discrimination in mainstream politics that challenge existing theories and offer new scholarly directions.

How can researchers push the boundaries of how we think about race to advance knowledge that informs the character of American democracy and the prospect of a just society? How can we utilize the elements of survey design to assess the explicit and subtle effects of race on public opinion? And how can our work shape policy and political decision-making to build greater equity, understanding, and social cohesion?

In this panel, we will discuss new perspectives on inter- and intra-racial attitudes, new directions for research, and new ways of theorizing, measuring, and experimenting to understand the politics of race and ethnicity.


Matrix is located on the eighth floor of the Social Sciences Building (formerly Barrows Hall), on the southern edge of the UC Berkeley campus. The elevator to our entrance is located on the east end of the building. You can alternately take an elevator to the seventh floor and come up the stairs. Please note that in-person attendees will be required to comply with any applicable campus COVID-19 protocols.