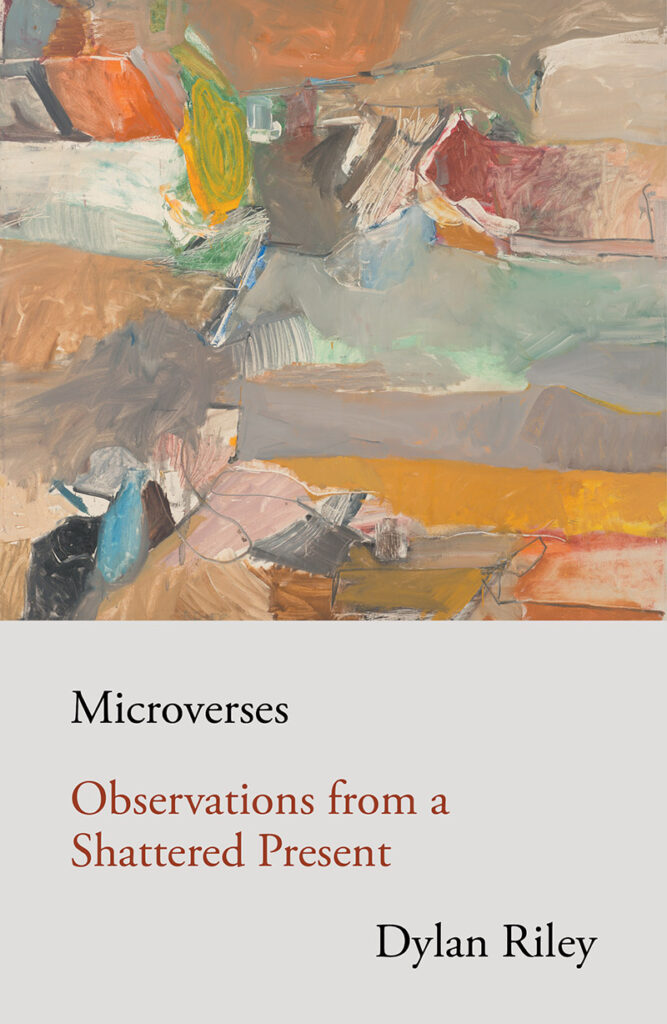 This panel will be co-sponsored by the Townsend Center for the Humanities. This will be a hybrid (in-person and online) event.

Microverses comprises over a hundred short essays inviting us to think about society—and social theory—in new ways. Lockdown created the conditions for what Adorno once termed ‘enforced contemplation’. Dylan Riley responded with the tools of his trade, producing an extraordinary trail of notes exploring how critical sociology can speak to this troubled decade. Microverses analyses the intellectual situation, the political crisis of Trump’s last months in office, and love and illness in a period when both were fraught with the public emergency of the coronavirus.

Riley brings the theoretical canon to bear on problems of intellectual culture and everyday life, working through Weber and Durkheim, Parsons and Dubois, Gramsci and Lukács, MacKinnon and Fraser, to weigh sociology’s relationship to Marxism and the operations of class, race, and gender, alongside discursions into the workings of an orchestra and the complicatedness of taking a walk in a pandemic.

Invitations rather than finished arguments, the notes attempt to recover the totalising perspective of sociology—the ability to see society in the round, as though from the outside—and to recuperate what Paul Sweezy described as a sense of the ‘present as history’.

Dylan Riley is Professor of Sociology at UC Berkeley. He is the author of The Civic Foundations of Fascism in Europe: Italy, Spain, and Romania 1870-1945 (Johns Hopkins University Press, 2010, Verso, 2019) and Microverses: Observations from a Shattered Present (Verso, 2022), as well as co-author with Rebecca Jean Emigh and Patricia Ahmed of Antecedents of Censuses: From Medieval to Nation States and Changes in Censuses: From Imperialism to Welfare States (Palgrave 2016). In addition to these books, he has published articles in the American Journal of Sociology, American Sociological Review, Catalyst, Comparative Sociology, Contemporary Sociology, Comparative Studies in Society and History, Social Science History, The Socio-Economic Review, Theory and Society and the New Left Review (of which he is a member of the editorial committee). His work has been translated into German, Portuguese, Russian, and Spanish.

Colleen Lye is Associate Professor of English and affiliated with the Designated Emphasis in Critical Theory. Most recently, she is the co-editor, with Chris Nealon, of After Marx: Literature, Theory and Value in the Twenty First Century (Cambridge UP 2022).

Donna V. Jones is Associate Professor of English at UC Berkeley and serves as Core Faculty for the Designated Emphasis in Critical Theory and the Science, Technology and Society Center. She is on the Advisory Board for the Interdisciplinary Studies Field Major, and is also affiliated with Gender and Women’s Studies. Her most recent book is The Racial Discourses of Life Philosophy: Négritude, Vitalism and Modernity.

Alexei Yurchak (moderator) is Professor of Anthropology at UC Berkeley. His interests include political anthropology, linguistic anthropology, anthropology of science and anthropology of the image, especially in the Soviet and post-Soviet contexts. He is the author of the award-winning book, Everything Was Forever, Until It Was No More: The Last Soviet Generation. He is currently finishing a book on the political, scientific and aesthetic histories of Lenin’s body that has been maintained and displayed for a century in the Mausoleum in Moscow.


Social Science Matrix is located on the UC Berkeley campus in 820 Social Sciences Building (near the corner of Telegraph Avenue and Barrow Lane). We are most easily reached via the east entrance of the building.