Home » Events » Matrix on Point: The Court and the People 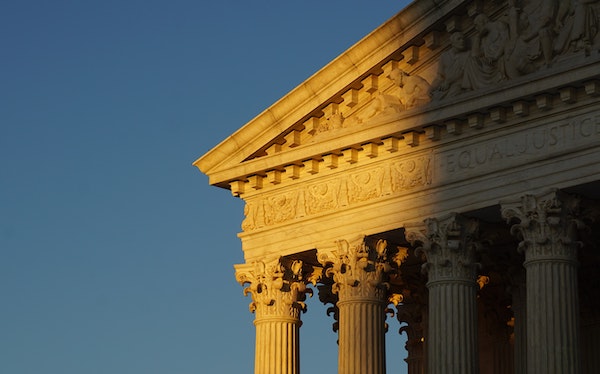 In the wake of recent decisions on abortion, First Amendment rights, gun rights, Miranda rights, and jurisdiction over Native American reservations, the Supreme Court today seems particularly out of sync with the American people. In this Matrix on Point panel, experts will discuss what these decisions and the conservative turn in the Supreme Court mean for the relationship between the court and the people.

Erwin Chemerinsky became the 13th Dean of Berkeley Law on July 1, 2017, when he joined the faculty as the Jesse H. Choper Distinguished Professor of Law. Prior to assuming this position, from 2008-2017, he was the founding Dean and Distinguished Professor of Law, and Raymond Pryke Professor of First Amendment Law, at University of California, Irvine School of Law. He is the author of fifteen books, including leading casebooks and treatises about constitutional law, criminal procedure, and federal jurisdiction. His most recent books are Presumed Guilty: How the Supreme Court Empowered the Police and Subverted Civil Rights (Norton 2021), and The Religion Clauses: The Case for Separating Church and State (with Howard Gillman) (Oxford University Press 2020). He also is the author of more than 200 law review articles. He is a contributing writer for the Opinion section of the Los Angeles Times, and writes regular columns for the Sacramento Bee, the ABA Journal and the Daily Journal, and frequent op-eds in newspapers across the country. He frequently argues appellate cases, including in the United States Supreme Court.

Thomas Biolsi is Professor of Comparative Ethnic Studies and Native American Studies in the Department of Ethnic Studies at UC Berkeley. His research has focused largely on Rosebud Reservation, South Dakota, home of the Sicangu Lakota or Rosebud Sioux. His books include Power and Progress on the Prairie: Governing People on Rosebud Reservation (University of Minnesota Press, Spring, 2018), which examines how the federal government exercised power over the people, land, and resources of “the Rosebud Country” (Rosebud Reservation and surrounding territory).

Ronit Stahl is an Associate Professor in the UC Berkeley Department of History. A historian of modern America, Stahl focuses on pluralism in American society by examining how politics, law, and religion interact in spaces such as the military and medicine. Her book, Enlisting Faith: How the Military Chaplaincy Shaped Religion and State in Modern America (Harvard University Press, 2017), traces the uneven processes through which the military struggled with, encouraged, and regulated religious pluralism over the twentieth century. Her current research examines the rise of institutional and corporate rights of conscience in health care. This project weaves together the court decisions, legislation, medical and bioethical arguments, religious ideas, and lived experiences that shaped the disparate trajectories of reproductive healthcare, LGBT healthcare, and of end-of-life care from the 1970s to the present.

Matrix on Point is a discussion series promoting focused, cross-disciplinary conversations on today’s most pressing issues. Offering opportunities for scholarly exchange and interaction, each Matrix on Point features the perspectives of leading scholars and specialists from different disciplines, followed by an open conversation. These thought-provoking events are free and open to the public.

For in-person attendees, Social Science Matrix is located on the eighth floor of the Social Sciences Building (formerly Barrows Hall), on the southern edge of the UC Berkeley campus. The elevator to our entrance is located on the east end of the building. You can alternately take an elevator to the seventh floor and come up the stairs. Please note that in-person attendees will be required to comply with all applicable campus COVID-19 protocols.