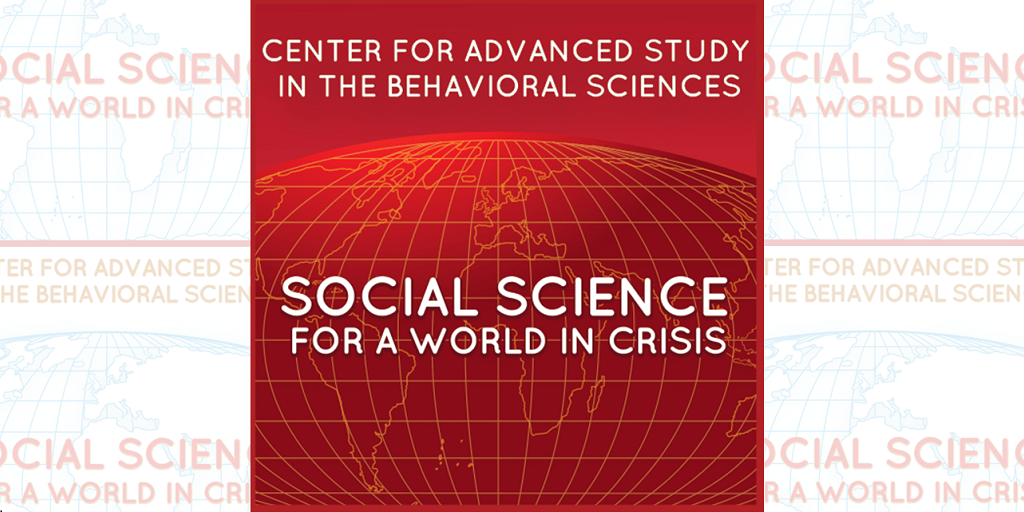 We still do not have a sufficient understanding of the moral political economy of machine learning and other algorithmic forms of decision making. In a new working paper, Henry Farrell and Marion Fourcade, Director of Social Science Matrix, present one way of addressing this challenge. They argue that both machine learning and traditional bureaucracies are engines of classification, so that our current moral political economy can be compared to the 19th and 20th century “High Modernism” described by James C. Scott (a former CASBS fellow) in his classic book, Seeing Like a State. What can we learn by thinking of these new techniques as a kind of “High-tech Modernism” and what do we miss? What are alternative ways of understanding this emerging moral political economy, and what are their respective strengths and blind spots?

This event is produced by Center for Advanced Study in the Behavioral Sciences (CASBS) in partnership with Data & Society; the Ethics, Society, and Technology Hub at Stanford University; the Institute for New Economic Thinking, and Social Science Matrix. CASBS presents this episode in association with its program on Creating a New Moral Political Economy

Register for this webcast

Questions for the panelists? Send them to CASBS-events@stanford.edu.

danah boyd is a Partner Researcher at Microsoft Research, the founder and president of Data & Society, and a Visiting Professor at New York University. Her research focuses on the intersection of technology and society, with an eye to how structural inequities shape and are shaped by technologies. She is currently conducting a multi-year ethnographic study of the US census to understand how data are made legitimate. Her previous studies have focused on media manipulation, algorithmic bias, privacy practices, social media, and teen culture. Her monograph It’s Complicated: The Social Lives of Networked Teens has received widespread praise. She is a Director of both Crisis Text Line and Social Science Research Council, a member of the Council on Foreign Relations, and on the advisory board of the Electronic Privacy Information Center. She received a bachelor’s degree in computer science from Brown University, a master’s degree from the MIT Media Lab, and a PhD in Information from the University of California, Berkeley. Learn more here. @zephoria

Henry Farrell is SNF Agora Institute Professor at Johns Hopkins School of Advanced International Studies, 2019 winner of the Friedrich Schiedel Prize for Politics and Technology, and Editor in Chief of the Monkey Cage blog at the Washington Post. He works on a variety of topics, including democracy, the politics of the Internet and international and comparative political economy. He has written articles and book chapters as well as two books, The Political Economy of Trust: Interests, Institutions and Inter-Firm Cooperation, published by Cambridge University Press, and (with Abraham Newman) Of Privacy and Power: The Transatlantic Fight over Freedom and Security, published by Princeton University Press. Learn more here. @henryfarrell

Marion Fourcade is Professor of Sociology and Director of Social Science Matrix at UC Berkeley. She received her PhD from Harvard University in 2000 and is an alumnus of the Ecole Normale Supérieure in Paris, France. She is the author of Economists and Societies: Discipline and Profession in the United States, Britain and France, 1890s to 1990s (Princeton University Press, 2009). Her current work focuses on the politics of wine classification and taste in France and the United States and on new forms of stratification, morality, and profit in the digital economy. A book on this topic, The Ordinal Society (with Kieran Healy), is under contract with Harvard University Press. Fourcade is a recipient of the American Sociological Association’s Distinguished Book Award and the Society for the Social Studies of Science’s Ludwik Fleck prize for outstanding book in the area of science and technology studies, as well as of the Lewis Coser award for theoretical agenda setting. Learn more here.

William H. Janeway is a Special Limited Partner of Warburg Pincus and an Affiliated Member of the Faculty of Economics of Cambridge University. He joined Warburg Pincus in 1988 and was responsible for building the information technology investment practice: leading investments included BEA Systems and VERITAS Software. Previously, he was executive vice president and director at Eberstadt Fleming. Dr. Janeway is a director of Magnet Systems and O’Reilly Media. He is a co-founder and member of the board of governors of the Institute for New Economic Thinking, a member of the board of directors of the Social Science Research Council, and of the Advisory Board of the Princeton Bendheim Center for Finance. He is a member of the management committee of the Cambridge-INET Institute, University of Cambridge, and a Member of the Board of Managers of the Cambridge Endowment for Research in Finance (CERF). He is the author of Doing Capitalism in the Innovation Economy: Reconfiguring the Three-Player Game between Markets, Speculators, and the State; the substantially revised and extended second edition of the book was published by Cambridge University Press in 2018. Dr. Janeway received his doctorate in economics from Cambridge University where he was a Marshall Scholar. Learn more here. @billjaneway

In his role as Vice Provost for Faculty Engagement and Development, Charlton McIlwain advances NYU’s academic excellence by supporting faculty recruitment, retention, and career advancement. McIlwain leads NYU’s Center for Faculty Advancement, which provides programming, resources, and special recognitions and awards that promote faculty research, teaching, mentorship, community engagement, and academic leadership development for NYU faculty, as well as those faculty with whom we collaborate through our Faculty Resource Network. McIlwain oversees the NYU Alliance for Public Interest Technology, which brings together NYU’s faculty experts to collaborate with each other and with partners in the public and private sectors on the ethical creation, use, and governance of technology in society, and is NYU’s Designee to the New America/Ford Foundation sponsored Public Interest Technology-University Network. Dr. McIlwain has been at NYU since 2001. As Professor of Media, Culture, and Communication at NYU’s Steinhardt School of Culture, Education, and Human Development, his scholarly work focuses on the intersections of race, digital media, and racial justice activism. He is the founder of the Center for Critical Race and Digital Studies and the author of the new book, Black Software: The Internet & Racial Justice, From the AfroNet to Black Lives Matter, by Oxford University Press. He also co-authored the award-winning book, Race Appeal: How Political Candidates Invoke Race In U.S. Political Campaigns. He received his PhD in Communication and a Master’s of Human Relations, both from the University of Oklahoma. Learn more here. @cmcilwain

Zeynep Tufekci is Dr. Zeynep Tufekci is an Associate Professor at the UNC School of Information and Library Science (SILS), a principal researcher at Carolina’s Center for Information, Technology, and Public Life (CITAP), and a faculty associate at the Harvard Berkman Klein Center for Internet and Society. She was previously an Andrew Carnegie Fellow and a fellow at the Center for Information Technology Policy at Princeton University. Dr. Tufekci is a contributing writer for The Atlantic and regularly writes columns for the New York Times, WIRED, and Scientific American. She also publishes a newsletter at zeynep.substack.com. Her book, Twitter and Teargas: The Ecstatic, Fragile Politics of Networked Protest in the 21st Century (Yale 2018), examines the dynamics, strengths, and weaknesses of 21st century social movements. Dr. Tufekci’s research interests revolve around the intersection of technology and society. Her academic work focuses on social movements and civics, privacy and surveillance, and social interaction. She has become a go-to source for national and international media outlets looking for insights on the impact of social media and the growing influence of machine algorithms. She has given three TED Talks and frequently delivers keynote addresses at conferences. Originally from Turkey, and formerly a computer programmer, Dr. Tufekci became interested in the social impacts of technology and began to focus on how digital and computational technology interact with social, political and cultural dynamics. Learn more here. @zeynep.

A selection of working papers, articles, and essays by our panelists.