Home » Events » Redistributing the Poor: Jails, Hospitals, and the Crisis of Law and Fiscal Austerity 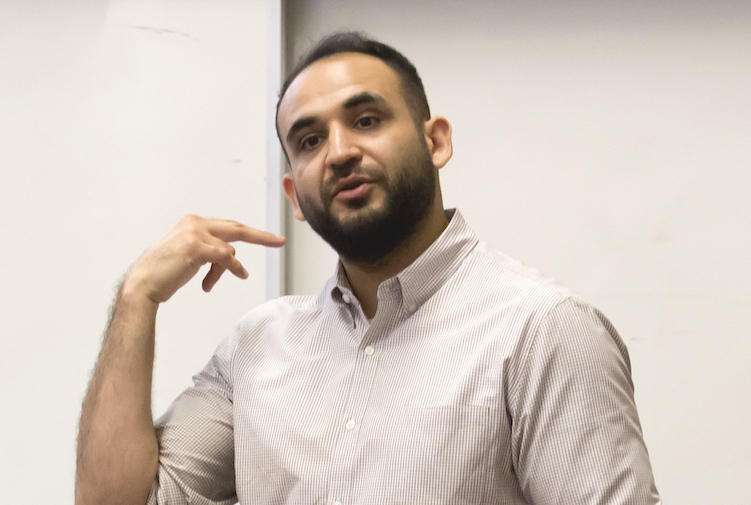 Please join us on April 19, 2021 for an “Authors Meet Critics” book talk featuring Redistributing the Poor: Jails, Hospitals, and the Crisis of Law and Fiscal Austerity, by Armando Lara-Millán, Assistant Professor in the UC Berkeley Department of Sociology. This event is co-sponsored by the Center for Study of Law and Society (CSLS).

Whenever the topic of large jails and public hospitals in urban America is raised, a single idea comes to mind. It is widely believed that because we as a society have disinvested from public health, the sick and poor now find themselves within the purview of criminal justice institutions. In Redistributing the Poor, ethnographer and historical sociologist Armando Lara-Millán takes us into the day-to-day operations of running the largest hospital and jail system in the world and argues that such received wisdom is a drastic mischaracterization of the way that states govern urban poverty at the turn of the 21st century. Rather than focus on our underinvestment of health and overinvestment of criminal justice, his idea of “redistributing the poor” draws attention to how state agencies circulate people between different institutional spaces in such a way that generates revenue for some agencies, cuts costs for others, and projects illusions that services have been legally rendered. By centering the state’s use of redistribution, Lara-Millán shows how certain forms of social suffering — the premature death of mainly poor, people of color — are not a result of the state’s failure to act, but instead the necessary outcome of so-called successful policy.

Armando Lara-Millán is an Assistant Professor in the Department of Sociology at UC Berkeley. He earned his PhD in Sociology from Northwestern University in 2013. Before joining the Department of Sociology, he was a Robert Wood Johnson Foundation Postdoctoral Scholar in Health Policy Research. Professor Lara-Millán is an ethnographer and historical sociologist. He studies how powerful organizations shape the life fortunes of large numbers of people; examining the knowledge production such organizations undertake, how they generate truths and rationalize problems, and distribute resources. He has undertaken studies in a wide range of contexts, including law, medicine, criminal justice, economic pricing, and urban poverty governance. His work has appeared in the American Sociological Review, Criminology, in volume The Many Hands of the State, and in a forthcoming book with Oxford University Press. He is also the recipient of awards from the National Science Foundation, Law and Society Association, the Max Planck Institute for the Study of Societies, the Ford Foundation, the Society for the Study of Social Problems, and the American Sociological Association. In his spare time, he is an avid fan of the National Basketball Association, strength competitions, and lowriders.

Angèle Christin is an Assistant Professor in the Department of Communication and affiliated faculty in the Sociology Department and Program in Science, Technology, and Society at Stanford University. She studies how algorithms and analytics transform professional values, expertise, and work practices. Her book, Metrics at Work: Journalism and the Contested Meaning of Algorithms (Princeton University Press, 2020) focuses on the case of web journalism, analyzing the growing importance of audience data in web newsrooms in the U.S. and France. In a related study, she analyzed the construction, institutionalization, and reception of predictive algorithms in the U.S. criminal justice system, building on previous work on the determinants of criminal sentencing in French courts. Her new project examines the paradoxes of algorithmic labor through a study of influencers and influencer marketing on YouTube, Instagram, and TikTok. Angèle received her PhD in Sociology from Princeton University and the EHESS (Paris). She is an affiliate at the Data & Society Research Institute, the Center on Digital Culture and Society (University of Pennsylvania, Annenberg School for Communication), and the Médialab (Sciences Po Paris).

Jonathan Simon is a Professor at Berkeley Law. He teaches in the areas of criminal law, criminal procedure, criminology, legal studies and the sociology of law. Simon’s scholarship concerns the role of crime and criminal justice in governing contemporary societies, risk and the law, and the history of the interdisciplinary study of law. His published works include over seventy articles and book chapters, and three single authored monographs, including: Poor Discipline: Parole and the Social Control of the Underclass (University of Chicago 1993, winner of the American Sociological Association’s sociology of law book prize, 1994), Governing through Crime: How the War on Crime Transformed American Democracy and Created a Culture of Fear (Oxford University Press 2007, winner of the American Society of Criminology, Hindelang Award 2010) and Mass Incarceration on Trial: A Remarkable Court Decision and the Future of Prisons in America (New Press 2014). Simon has served as the co-editor-in-chief of the journal, Punishment and Society, and the co-editor of the Sage Handbook of Punishment & Society (along with Richard Sparks). He is a member of the Law & Society Association and the American Society of Criminology. Simon’s scholarship has been recognized internationally with appointment as a Leverhulme Visiting Professorship at the University of Edinburgh (2010-11), a Fellow of the Israeli Institute for Advanced Studies (2016), and a Fellow of the Japan Society for the Promotion of Science (2018). In 2016 Simon was recognized for his scholarship on the human rights of prisoners with the Docteur honoris causa de la Faculté et de l’Institut, Faculté de Droit et Criminologie, Université Catholique de Louvain.

Catherine Albiston (received her Ph.D. (2001) and J.D. (1993) from the University of California, Berkeley, and received her M.A. (1989) and B.A. (1987) from Stanford University.  Albiston taught at the University of Wisconsin before joining the Berkeley law faculty in 2003.  An interdisciplinary scholar engaged in the empirical study of law and society, she is interested in the relationship between law and social change.  Her book, Institutional Inequality and the Mobilization of the Family and Medical Leave Act: Rights on Leave (Cambridge Press 2010), explores how rights to family and medical leave both challenge and recreate inequality in the courts and in the workplace.  Her other recent research examines bias against workers based on race, gender, and caretaker status; how variation in strategy, structure and mission among public interest law organizations affects access to justice; and institutional factors that influence law students’ commitment to public interest careers. Albiston has been a Fellow at the Center for Advanced Study in the Behavioral Sciences at Stanford University and served on the Board of Trustees of the Law & Society Association.