Home » Events » Adapting Flood Risk Management to Climate Change: Examples from the EU and the US 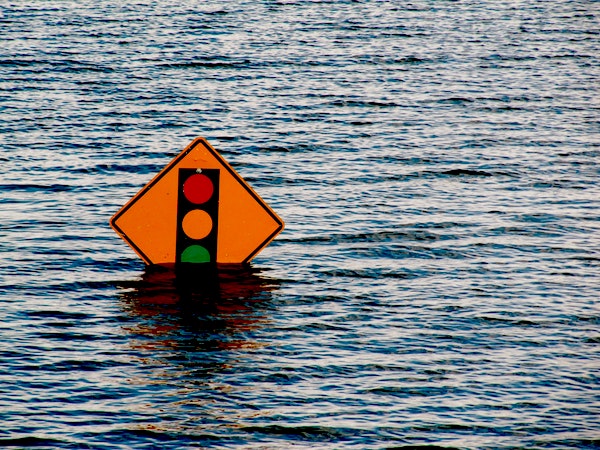 It has been an intense summer in terms of flooding all over the world, especially with recent flooding disasters in Germany, China, Turkey, Afghanistan, and more recently in the United States with Hurricane Ida. A recent study has shown that the risk of flooding in northwestern Germany was increased by a factor of 1.2 to 9 due to climate change.

The increasing number of extreme events makes it necessary to shift our current management approaches, which are largely historically based statistical values such as 100-year flooding frequencies that may no longer hold true. But how do different countries include climate change in flood risk assessment, mapping, and management?

In this webinar we will discuss this topic with experts from the EU and the US by looking at examples from two EU member states, Sweden and Spain, and the State of California and the City of Miami in the United States.

The Fall 2021 3rd EU-US Knowledge Exchange Webinar is hosted by Social Science Matrix and the Association of State Floodplain Managers (ASFPM), with the collaboration of the EU Working Group on Floods (WGF). This event is part of the project “Residual Risk of Extreme Floods: A Challenge for the Sustainable Development Goals” (RREFlood), funded by the Belmont Forum and the National Science Foundation.

All times are listed in Pacific Time

9:10 am: The EU Floods Directive: Consideration of Likely Impacts of Climate Change

9:20 am: Flood Risk Management and Adaptation to Climate Change in the EU: the Case of Sweden

9:30 am: Flood Risk Management and Adaptation to Climate Change in the EU: the Case of Spain

9:40 am Flood Risk Management and Adaptation to Climate Change in the US: the Case of California

10:00 am: Flood Risk Management and Adaptation to Climate Change in the US: the Case of Miami

Ioannis Kavaadas joined the European Commission in 2007. He served six years in European Union Delegations, initially in Addis Ababa as an infrastructure advisor and later in Beijing as a head of the Section responsible for development and cooperation in areas as small and medium enterprises, energy and environment/climate change. In 2013 he joined the Commission’s Directorate General for Environment as a policy officer. He is currently a team leader in the Water Policy Unit, where he implements the Floods Directive. He also co-chairs the EU Working Group on Floods.

Clemens Neuhold is the Deputy Director of the Flood Risk Management Directorate in the Austrian Federal Ministry of Agriculture, Regions and Tourism. He is responsible for the implementation of the EU Floods Directive in Austria at the national level as well as for international coordination. In the frame of the Common Implementation Strategy (CIS) for the EU Water Framework Directive and Floods Directive at EU level, he is co-chairing the EU Working Group on Floods. He is also strongly involved in international coordination of the Rhine, Elbe, and Danube river basins, and he chairs the Flood Protection Expert Group of the International Commission for the Protection of the Danube River (ICPDR).

Barbro Näslund-Landemark is an expert in natural disasters at the Swedish Civil Contingencies Agency (MSB). Barbro is responsible for the implementation of the European Floods Directive in Sweden. She is the contact point at national and international levels and is in this role representing Sweden at the EU implementing process of the Floods Directive. Barbro was part of the Swedish negotiation team for the Floods Directive before it came into force in 2007. Barbro is also a former co-chair of the EU Working Group on Floods. She has participated in international projects and has worked abroad on missions regarding natural disasters’ prevention and disaster risk reduction. She is an internal project leader for a bilateral flood research project between FEMA and Sweden.

Juan Francisco Arrazola-Herreros is a member of the team in charge of the implementation of the Floods Directive in the Directorate-General for Water of the Spanish Ministry for the Ecological Transition and the Demographic Challenge. Specifically, he coordinates the flood hazard and risk mapping for the national flood information system (SNCZI) and he is in charge of reporting to the European Commission. He also runs a pilot program for urban adaptation to floods at National level.

Romain Maendly is a senior water resources engineer with the Climate Change Program under the California Department of Water Resources (DWR). Over the last twelve years at DWR, he has led, assisted, and collaborated on multiple plans and studies related to integrated water management. These include the Central Valley Flood Protection 2017 and 2022 Update. Under the Climate Change Program, Romain is leading the DWR’s Climate Action Plan Phase II, aiming to improve the consistency and scientific rigor of DWR’s approaches for analyzing climate change’s potential impacts while preserving both project management flexibility and efficiency.

Michael Schmidt is a Senior Vice President with 37 years of experience in sustainable and resilient stormwater and ecosystem programs for more than 400 projects in 33 States and eight countries. He has guided the implementation of over $1 billion of retrofit capital improvements, saving clients more than $365 million through innovation and synergies.

Marion Fourcade is Director of the UC Berkeley Social Science Matrix and Professor of Sociology at the University of California, Berkeley.

David Powers is a water resources engineer and hydrologist with 25 years of experience specializing in surface water issues at CDM Smith. Based in Richmond, Virginia, he works extensively on flood risk management projects around the country that include flood risk modelling and mapping, disaster recovery, and risk communication. In addition, David’s experience includes urban stormwater management and permitting, water quality assessments, and stream restoration projects. He has worked in the EU and has been involved in research on flood risk management and green infrastructure in the EU, China and the US. He serves as a co-chair for the Association of State Floodplain Managers’ (ASFPM) International Committee.

Anna Serra-Llobet is an environmental scientist whose research concerns to flood risk management policies. After finishing her PhD she interned at the Directorate General for the Environment at the European Commission (EU) in Brussels, working on the analysis of EU funded research related to hydro-meteorological risks (floods and droughts) and vulnerability assessment in Europe. Currently she is a researcher at the Center for Catastrophic Risk Management (CCRM) of the University of California Berkeley, conducting comparative research on sustainable flood management strategies comparing the US and the EU. She serves as a co-chair for the Association of State Floodplain Managers’ (ASFPM) International Committee.