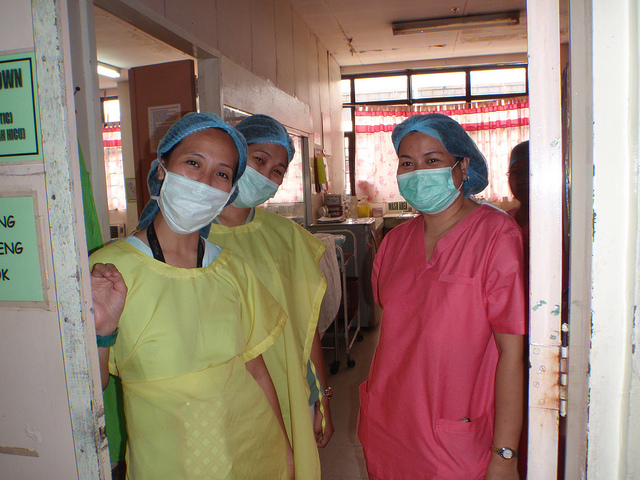 The Philippines is a major player in international migration. In 2013, almost 10 percent of the Philippine population lived abroad and approximately half of them were contract workers. Although the Philippines is not unique in supplying labor overseas, its highly institutionalized labor-export process and the occupational diversity of its overseas labor force distinguish it from other labor-exporting countries.

Filipinos have immigrated to the U.S. and France as workers (through governmental programs or labor brokers), family members of immigrants, internationally adopted children, and spouses/fiancées of national citizens. The scholarship on Filipino migration to both the United States and France shows that these phenomena are highly racialized, gendered, and classed processes. However, France and the United States have handled issues of migration, labor, intimacy, and race in dramatically different ways, resulting in distinct histories, migration policies, and migrant experiences.

This Matrix Research Team will compare issues of contemporary migration and the racialization of migrants to France and the United States, through a comparative transnational study of Filipino migration in both countries. The team is led by Catherine Ceniza Choy, Professor of Ethnic Studies at UC Berkeley, and Gwenola Ricordeau, Associate Professor of Sociology at University of Lille, who share research specializations in migration, gender, and race/ethnic studies in their respective countries as well as Philippine migration studies. The team will bring together perspectives from the fields of law, ethnic studies, Southeast Asian studies, sociology, Asian-American studies, and other relevant domains. The group will also engage representatives from outside organizations, such as Oakland-based Filipino Advocates for Justice, and they are organizing organize a one-day symposium on “Philippine Diasporas: Race, Gender, and Intimacy.”

"Despite the significance of Filipino migration to France and the United States, Filipino migrants continue to be stereotyped as foreign-labor competitors and model minorities, commodified as human resources, or dismissed as invisible migrants," the researchers wrote in their proposal. "More in-depth study of the larger contexts that facilitate their migration, their treatment and integration in the receiving countries, and the migrants’ experiences is needed. Although there is an emerging critical mass of transnational scholarly work on the racialized and gendered experiences of overseas Filipino migration to specific countries, comparative transnational studies, such as the one we are proposing, are rare. The collaboration will raise new perspectives on the invisibility and racialization of Filipino migrants."

Image Credit: Creative Commons via Flickr: "Nurses at Tondo Medical Centre" by the Australian Department of Foreign Affairs and Trade