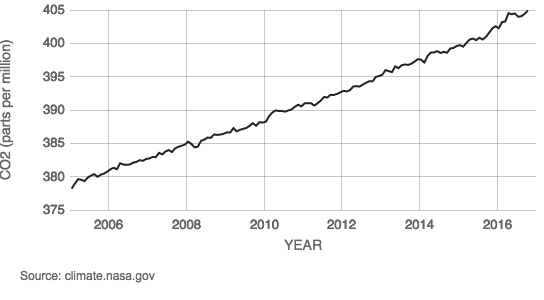 Policy-makers who make decisions related to the economics of climate change have traditionally relied upon numerical integrated assessment models. These model-driven estimates have been around for over two decades and currently are the only source of information used in official U.S. regulatory analysis. Such models are, for example, routinely used by EPA to inform climate policy like the clean power plant rule.

Yet in recent years, many economists have started to use empirical, data-driven econometric estimates to measure the impacts of climate change, and in some cases these assessments challenge the previous estimates. Still, in most cases, these newer studies have not been incorporated into the regulatory process, and there are major conceptual questions of how these newer econometric studies could be incorporated into numerical models.

Addressing this question is “of the highest scientific and policy relevance,” according to a proposal by a team of climate economists at UC Berkeley, including David Anthoff, from the Energy and Resources Group, Max Auffhammer, from the Department of Agricultural and Resource Economics & International Area Studies, and and Solomon Hsiang, from the Goldman School of Public Policy.

To help them tackle this important question, Social Science Matrix is sponsoring a year-long “Theme Team," a research initiative focused on the current Matrix theme, “Questioning the Evidence”.

The goals of the team, as the researchers explain in their proposal, are to a) understand the differences between the models used to inform public policy, and the most recent empirical scientific research and b) guide new data-driven research so that it can be used in a new generation of numerical model that eventually will be used in policy deliberations..

They explain that the need to “address two strands of evidence and bring them together so that they inform each other” is “one of the most pressing research needs in the area of climate economics.” They note that the National Academy of Sciences established a panel in 2015 on “Assessing Approaches to Updating the Social Cost of Carbo,” which seeks to review the federal government’s approach to this question.

Aufhammer, Anthoff, and Hsiang previously collaborated on the Matrix Climate Change Economics Roundtable. “That exercise has now established a robust and vibrant community of researchers on campus that regularly interact,” the proposal explained. “During the first year of operation, the topic proposed in this research theme emerged as a major research gap that this group wants to tackle going forward."

Among the questions the researchers will consider, together with a group of PhD students, post-docs, and faculty from diverse divisions: how do modern, empirical, data-driven, econometric impact estimates compare to older estimates derived from integrated assessment models? How can the new data driven evidence be incorporated into the older analytical tool used in the policy process? And what can the modern econometric studies learn from the approaches taken in the older integrated assessment models?

They seek to develop “robust guidelines on how to incorporate modern empirical impact estimates into quantitative models of climate change that can be used by the wider research community” and they want “to have success in using and applying those guidelines for a number of exemplary impact areas.”

The team’s work will include presentation of early research drafts from participants, including faculty, post-docs and PhD students; joint discussion of recent literature; and special sessions for PhD student presentations. They will also invite outside speakers to infuse different perspectives, and they plan to consider how a single research question—such as the impacts of climate change on agriculture—might be analyzed differently with different methodological approaches, for example from an empirical econometrician, a general equilibrium modeler, and a trade theorist.

“The specific research question we are tackling will most likely inform any executive branch regulation of carbon emissions in the United States in the future in a most direct way, by changing the way cost benefit analysis is conducted in this important policy area,” the proposal explains. "Any attempt to deal with climate economics is inherently interdisciplinary. One needs to combine an understanding of the natural science process of climate change with economic analysis of the consequences of such change.”