Home » Events » Blockchain Chicken Farm, and Other Stories of Tech in China’s Countryside 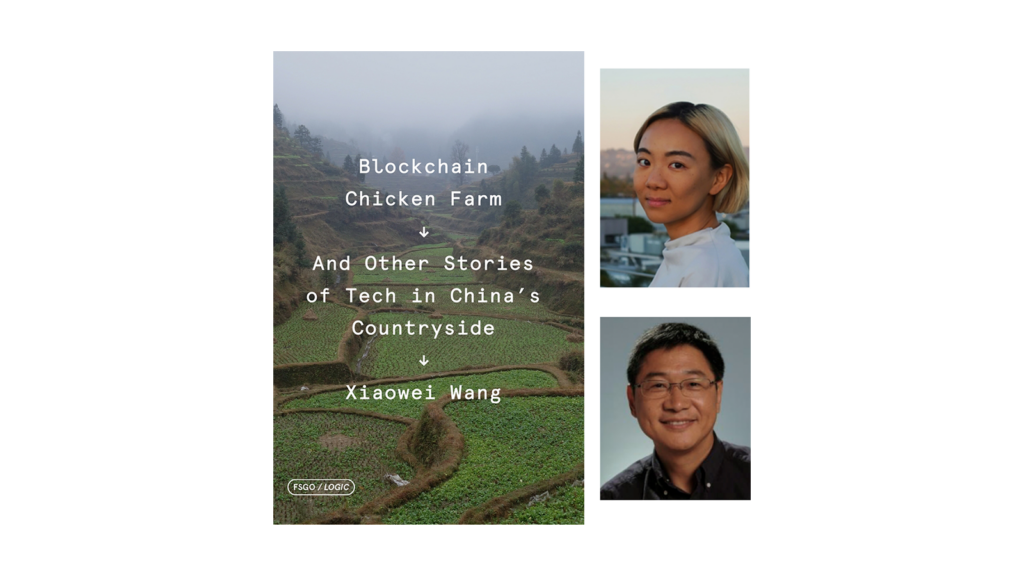 Please join us on October 15, 2021 at 12pm for a Matrix Book Salon focused on the book Blockchain Chicken Farm and Other Stories of Tech in China’s Countryside, by technologist and writer Xiaowei Wang, a PhD Candidate at UC Berkeley. Wang will be joined in conversation by Xueguang Zhou, the Kwoh-Ting Li Professor in Economic Development at Stanford University, as well as a professor of sociology and an FSI senior fellow.

In Blockchain Chicken Farm, Wang explores the political and social entanglements of technology in rural China. Their discoveries force them to challenge the standard idea that rural culture and people are backward, conservative, and intolerant. Instead, they find that rural China has not only adapted to rapid globalization but has actually innovated the technology we all use today.

From pork farmers using AI to produce the perfect pig, to disruptive luxury counterfeits and the political intersections of e-commerce villages, Wang unravels the ties between globalization, technology, agriculture, and commerce in unprecedented fashion. Accompanied by humorous “Sinofuturist” recipes that frame meals as they transform under new technology, Blockchain Chicken Farm is an original and probing look into innovation, connectivity, and collaboration in the digitized rural world.

Xiaowei R. Wang is an artist, writer, organizer and coder. Their collaborative project FLOAT Beijing created air quality-sensing kites to challenge censorship and was an Index Design Awards finalist. Other projects have been featured by the New York Times, BBC, CNN, VICE and elsewhere. Their most recent project, The Future of Memory, was a recipient of the Mozilla Creative Media Award. They are the author of the book Blockchain Chicken Farm: And Other Stories of Tech In China’s Countryside and one of the lead facilitators of Logic School, an organizing community for tech workers.

Xueguang Zhou is a professor of sociology, the Kwoh-Ting Li Professor in Economic Development, and a senior fellow at Freeman Spogli Institute for International Studies, Stanford University. His book, The Logic of Governance: An Organizational Approach (Cambridge University Press, 2022) summarizes his decade-long research on the institutional logic of governance in China. Professor Zhou’s current research examines patterns of personnel flow in the Chinese bureaucracy and the historical origins of the bureaucratic state in China.


While we plan to hold this lecture in-person at Social Science Matrix (820 Social Sciences Building, UC Berkeley campus), public health conditions may require us to limit attendance to only virtual attendees. Registered attendees will be notified if circumstances change.